4.18 517 reviews
5 Ben F. - 2022-09-13
Great product
Have been using the product for multiple months. I have noticed a significant improvement in sleep quality and rest. These improvements have been quantified using sleep tracker analysis. The product does not cause drowsiness and I notice a difference in sleep when not using the product.
5 M L. - 2022-06-29
Impressed by Qualia Night
Since taking Qualia Night, I fall to sleep more easily and sleep noticeably better without next-day grogginess.
Read More

The Science Behind Qualia Night

Qualia Night was designed to offer comprehensive sleep support by optimizing your body’s regenerative power at night. It supports better sleep without relying on botanical sedatives or giving melatonin. It is designed to help the brain better regulate the ensemble of molecules needed to fall asleep, stay asleep, and wake feeling refreshed.

Neurohacker Collective's products are formulated based on complex systems science. This emerging scientific paradigm (1) supports upregulation of multiple pathways and processes, (2) identifies and takes advantage of nutrient synergies, and (3) embraces the Goldilocks zone, or just-right amount, when it comes to ingredients and dosage.

While published studies are the foundation of what we do at Neurohacker Collective, we also take into account the experiences of biohackers and the growing community of self-experimenters, which are leading a revolution in citizen science.

It’s this combination of complex systems and citizen science that places Neurohacker Collective at the forefront in developing groundbreaking formulas that deliver real results.

✓It addresses causes of poor sleep including supporting natural melatonin production, circadian rhythms, and homeostatic sleep drive. When these are supported, we experience better quality sleep, getting to deep, restorative sleep more quickly.

✓Contains polyphenols and other compounds that feed healthy gut bacteria, supporting gut microbiota and the gut-brain axis, which is critical for healthy brain and immune function.

✓Supports brain-derived neurotrophic factor (BDNF), an important compound the brain and nervous system makes to protect existing neurons and encourage the growth of new neurons, doing both in support of learning, memory, and higher thinking.

We included KSM-66 Ashwagandha® because it supports sleep quality, relaxation, muscle recovery, cognitive function, immunity and a healthier stress response: These are the areas at the core of what Qualia Night was designed to deliver.*

We included gotu kola because, unlike many other nootropics that are best taken only at the beginning of the day, gotu kola is a great fit at the end of a day of a busy day because it is calming and supports repair and rejuvenation processes.*

We included holy basil because it’s an adaptogen and one of the leading causes of poor sleep is hyperarousal—an overactive stress response and over aroused nervous system. Holy basil also supports mood, cognition and immunity. This combination makes it a perfect fit for nighttime relaxation and restoration.*

Reishi was included in Qualia Night because it supports sleep (without causing sleepiness) and calms/centers the mind. In addition to these traditional uses, modern research on reishi mushrooms has focused on immune system support and rejuvenating processes, including stem cell function.

S. chinensis fruits are often described as being an adaptogen, supporting broad resistance to stress, and enhancing mental and physical performance. Another reason it was included is that in preclinical research S. chinensis fruits enhance calmness and relaxation, and support readiness for sleep.

Ziziphus jujuba seeds were believed to alleviate stress and calm the mind and spirit. They are one of the most commonly used herbs for supporting sleep and relaxation in China and other parts of Asia, and were included in Qualia Night because of these traditional uses.

The leaf and flowers of Hawthorn—Crataegus sp. such as C. monogyna and C. oxyacantha—was a heart tonic (i.e., something intended to make the heart function more efficiently) in European herbal traditions. It was included in Qualia Night because we wanted to include support for heart rejuvenation, and using an herb that has a reputation for calming and sleep supportive properties made it a perfect fit.*

Saffron is a spice derived from the flowers of Crocus sativus. Saffron is a source of crocin, picrocrocin, and safranal as well as the macular (eye) carotenoids zeaxanthin and lycopene. We felt saffron would be a fit in Qualia Night because of a combination of sleep support, mood enhancement, and relaxation.*

During our research on the homeostatic sleep drive, we discovered preclinical and animal studies indicating that resveratrol interacts with this system. We also found mentions of low doses of resveratrol benefiting sleep quality and next day feelings of being refreshed in news articles.

Olive polyphenols have been receiving attention for heart and brain health, as well as healthy aging and ATP production.  Adenosine—the “A” in ATP—is believed to be the key molecule in the homeostatic sleep drive.

Qualia Night included a sesame seed extract because the product’s goals included a focus on brain health, the gut-brain axis, and repair functions and molecules like BDNF. Sesame seeds contain a compound called sesamin that supports these areas, and is complementary with other ingredients.

γ-Oryzanol has interesting animal research that suggests its sleep supportive actions might be related to histamine signaling. Circadian changes on histamine neurotransmission play an important role in sleep-wake cycles and both daytime and night time performance.

We included astaxanthin in Qualia Night because of the growing body of research on cognitive function support, as well as protective, repair and regenerative processes in the brain. Also astaxanthin provides immune and gut-brain axis support.

Lycopene is one member in a class of natural pigments called carotenoids—carotenoids are fat-soluble yellow, orange, or red pigments. We included lycopene in Qualia Night because of a growing body of research, mostly in animals, suggesting support of protective, repair and regenerative processes in the brain.

L-tryptophan has been studied for and used to support healthier sleep. And, while high doses are often used, in a study that compared different dose amounts, a low dose performed the best.

L-theanine promotes alpha brain waves (α-waves), which are thought of as a marker of relaxation. L-theanine interacts with cells in innate and adaptive immunity, supporting general immune health.

Betaine has largely been used to support liver and heart health, with a prominent role in normalizing homocysteine metabolism. Newer research suggests betaine is an inhibitory neurotransmitter—neurons have betaine/GABA transporters. And there is increasing data to suggest that betaine may support cognition and neuroprotection.

We included Uridine in Qualia Night for its central role in cellular metabolism, and because uridine is considered to be one of the natural sleep-promoting substances. We use a phosphorylated form of uridine because it is stable and this helps it get past the digestive system and liver intact.*

We included a grapefruit extract standardized for naringin in this formula because of preclinical research suggesting that it may support enzymes in both adenosine—a key molecule in the sleep homeostatic drive—and GABA metabolic pathways. But we only included a very low amount of naringin—about what would be found in ⅓ of an ounce of grapefruit juice—because we did not want to substantially influence the activity of the cytochrome P450 enzymes that naringin may influence.

Quercetin is a plant flavonol, which is one of the polyphenol categories. We included a small amount of quercetin for this formula because preclinical research suggests that it may support enzymes in both adenosine—a key molecule in the sleep homeostatic drive—and GABA pathways.*

Magnesium is used in more than 300 enzymes, including reactions in the GABA, an important relaxation neurotransmitter, and melatonin, the darkness hormone, signaling processes. Magnesium also plays a role in circadian rhythms, which are essential for healthy sleep-wake cycles. We choose to use a glycinate form of magnesium, because this form is often thought of as being the best choice for sleep support.

Vitamin B6 (as pyridoxal 5'-phosphate)

Pyridoxal 5'-phosphate (P5P) is the active form of vitamin B6. The P5P form is the bioactive form of vitamin B6: it requires less metabolic “work” to be used as coenzyme in vitamin B6-dependent enzyme reactions. P5P is included in this formula because it’s needed in the brain pathways that produce three important nighttime molecules—GABA, melatonin, and serotonin.*

Start getting the restorative sleep your body needs to regenerate and perform at its peak with Qualia Night. This unique patent-pending formula integrates clinically studied ingredients to give your body what it needs to have a relaxing evening and deep rejuvenating sleep. 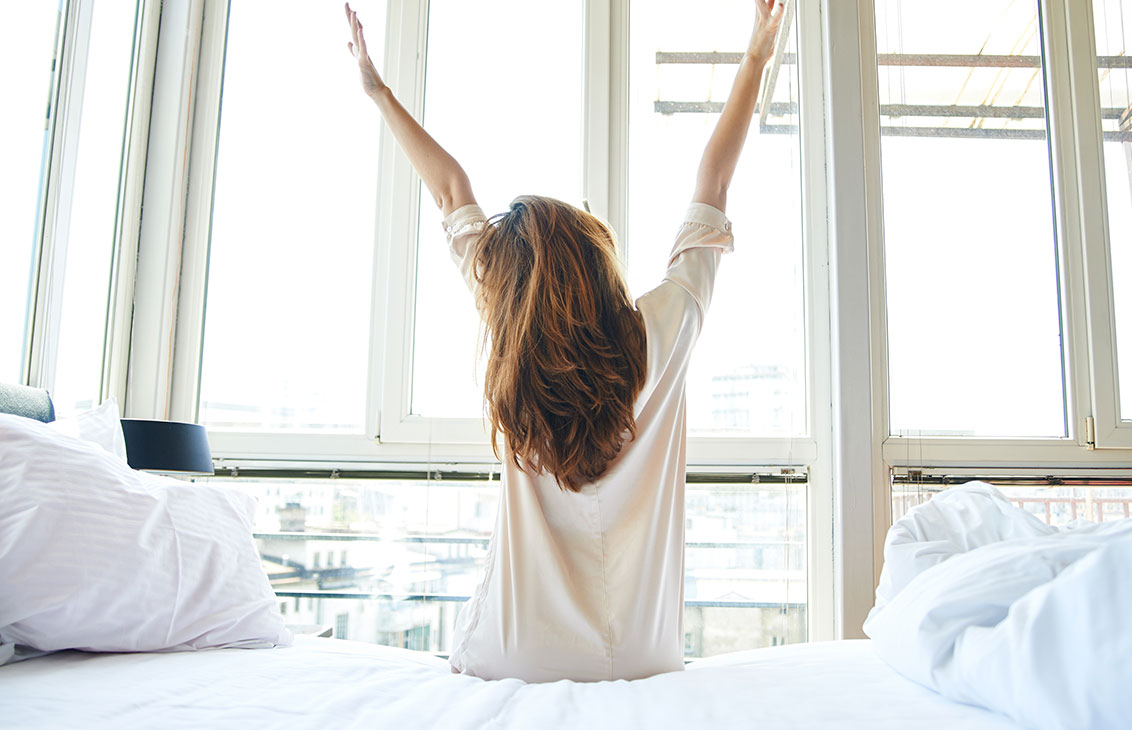 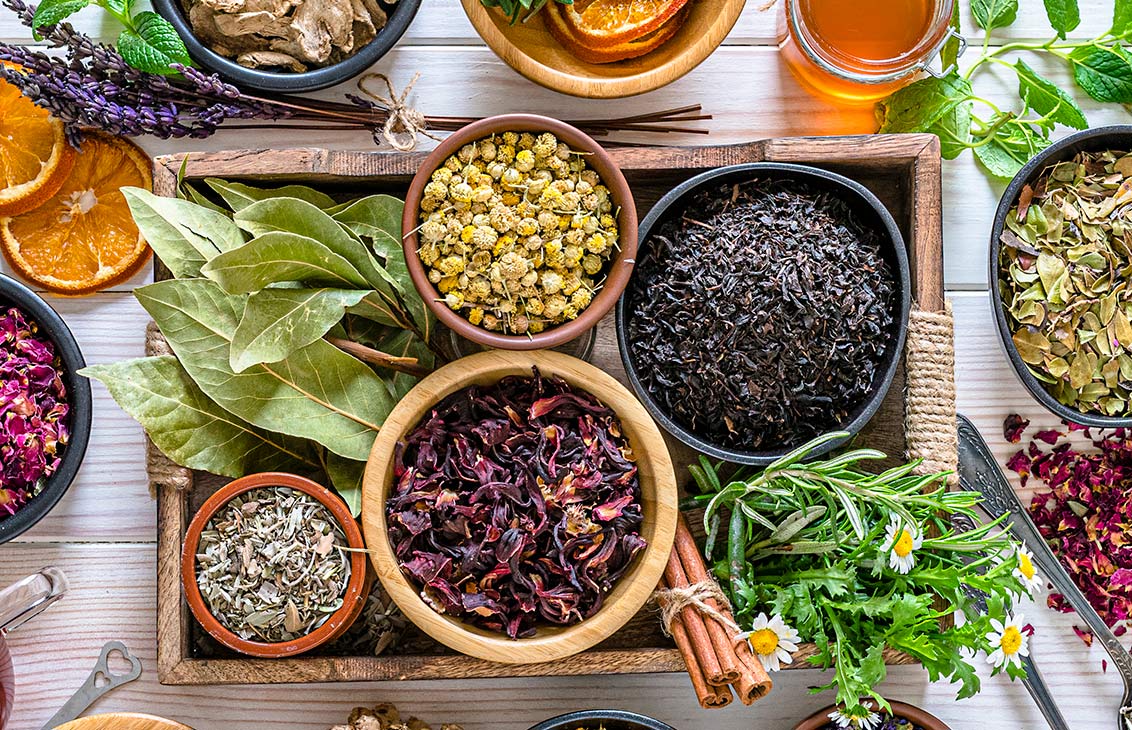 How does it do this? By enhancing BDNF, promoting GABA, balancing cortisol levels, and supporting gut microbiome health through a high purity blend of polyphenols, neuro-lipids, herbal adaptogens, therapeutic mushrooms, nootropics, Ayurvedic Rasayanas, superfoods, and cellular antioxidants. Wake up feeling recharged and refreshed with Qualia Night.

Qualia Night is designed to: 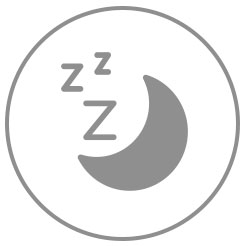 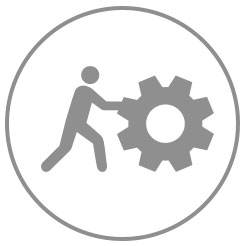 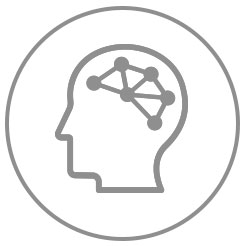 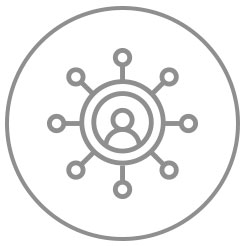 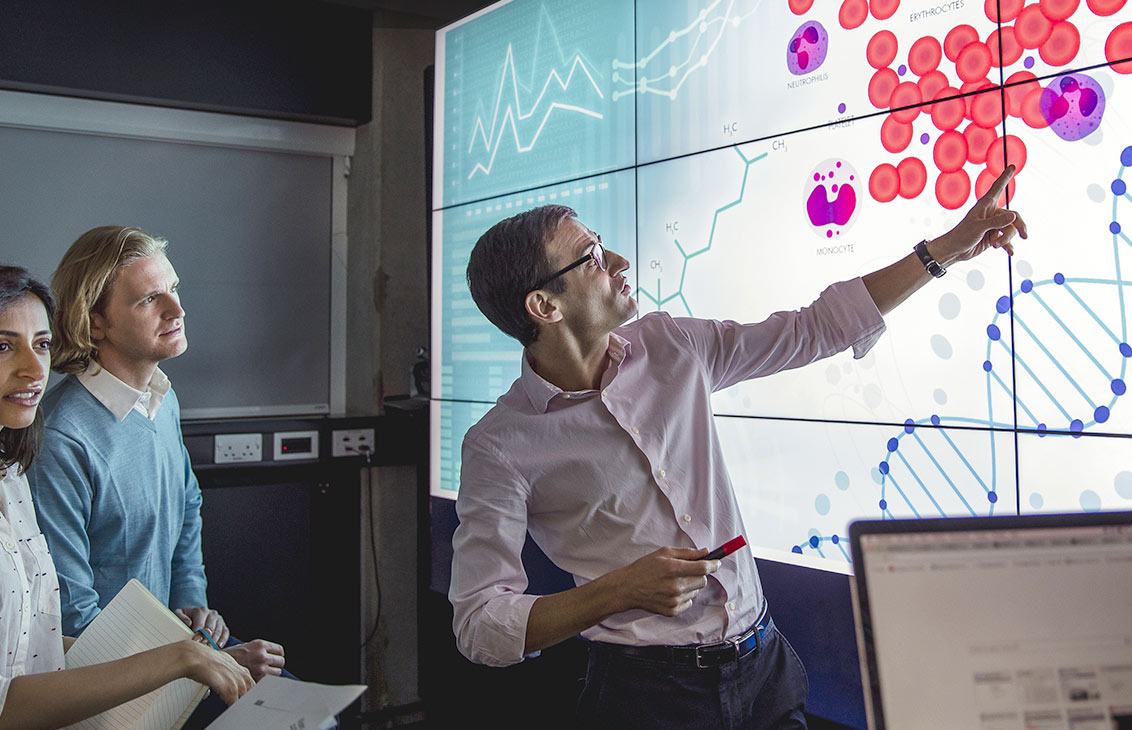 What Doctors Think About Qualia Night 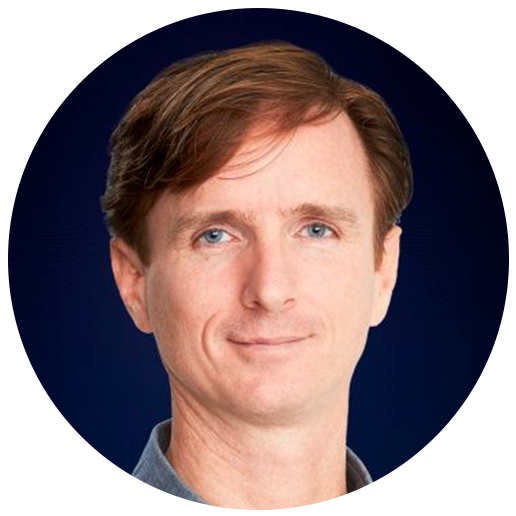 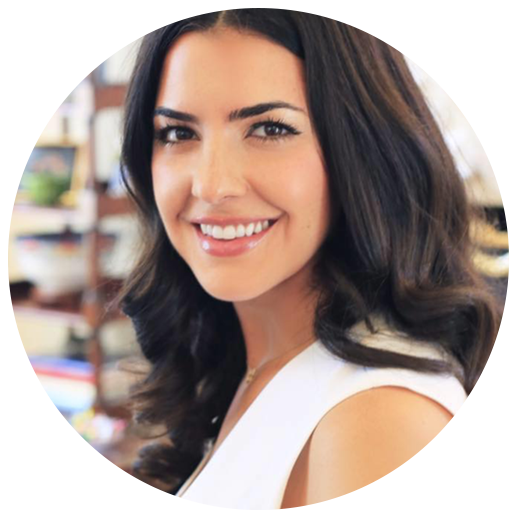 “Every other sleep product available - whether prescription or over the counter - is designed to take only when you experience sleeplessness. Qualia Night, on the other hand, is designed to make sleep more effective without interfering with dynamic sleep processes directly. This means you can take Qualia Night regularly to support better outcomes from great sleep like DNA repair and other restorative mechanisms we want. I'm a big fan."
Dan Pardi, Ph.D. Leading Sleep Scientist and CEO of humanOS.me. 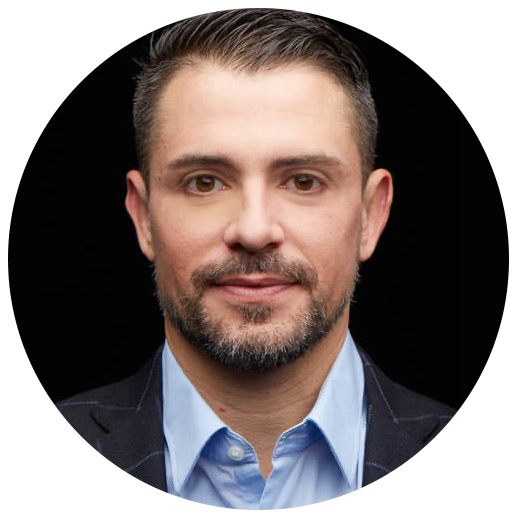 “My patients taking Qualia Night are reporting they wake up feeling more rested and that gives me the confidence in the product that they are getting higher quality sleep.”
Dr. Heather Sandison, ND 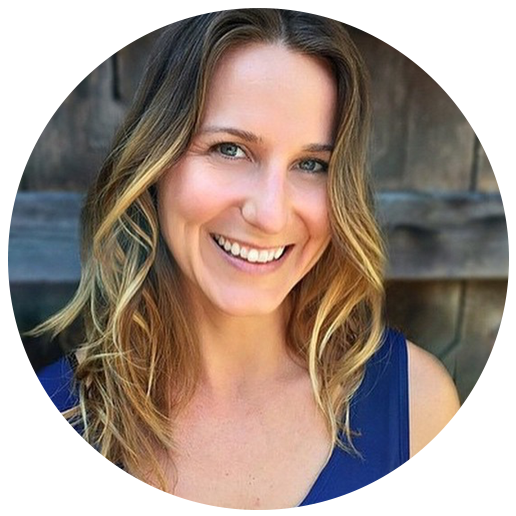 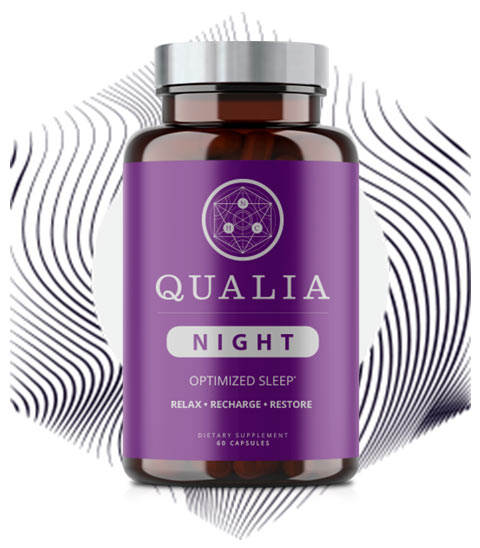 Learn More About the Ingredients

CAUTION: It should not be taken by pregnant or nursing mothers, or children under 18. If any undesired side effects are noticed, discontinue product immediately, and seek proper medical attention if needed.

"What makes Qualia Night innovative is how it delivers a holistic round-the-clock experience of evening relaxation, restorative sleep at night, and a productive next day."

"experienced a noticeable increase in energy, productivity, and endurance. I would like to start using it full time!"

"It promoted evening relaxation and sound sleep. But what I found most remarkable was the improved HRV."

"It relaxed me before bed, and increased my deep sleep score!" 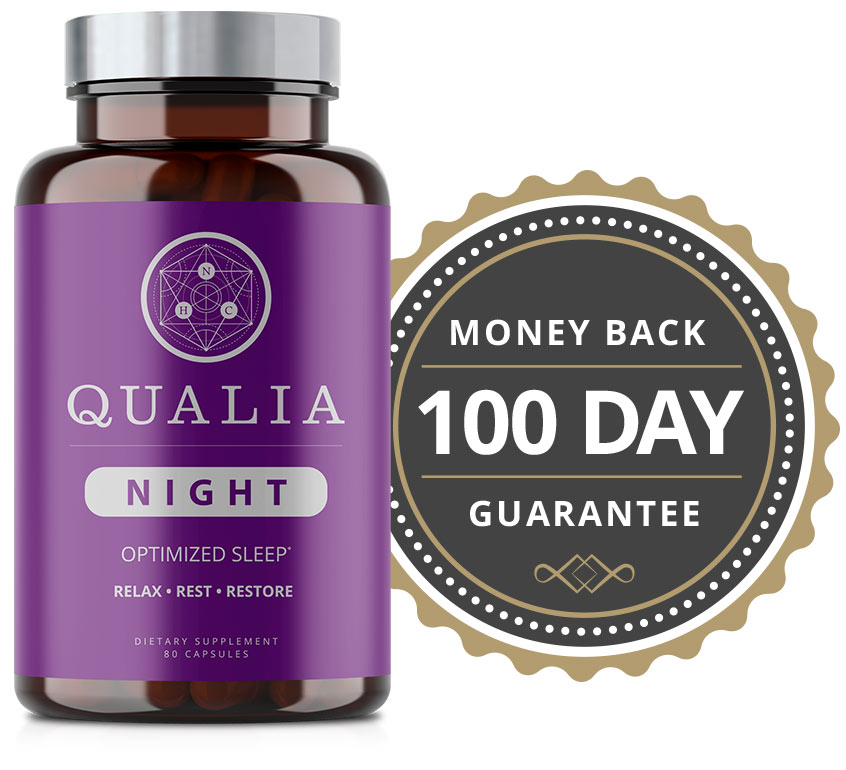 Your happiness is guaranteed.

If you do not love Qualia for any reason, simply get in touch via phone or email and let us know you’d like a refund. More on our 100-day guarantee here. 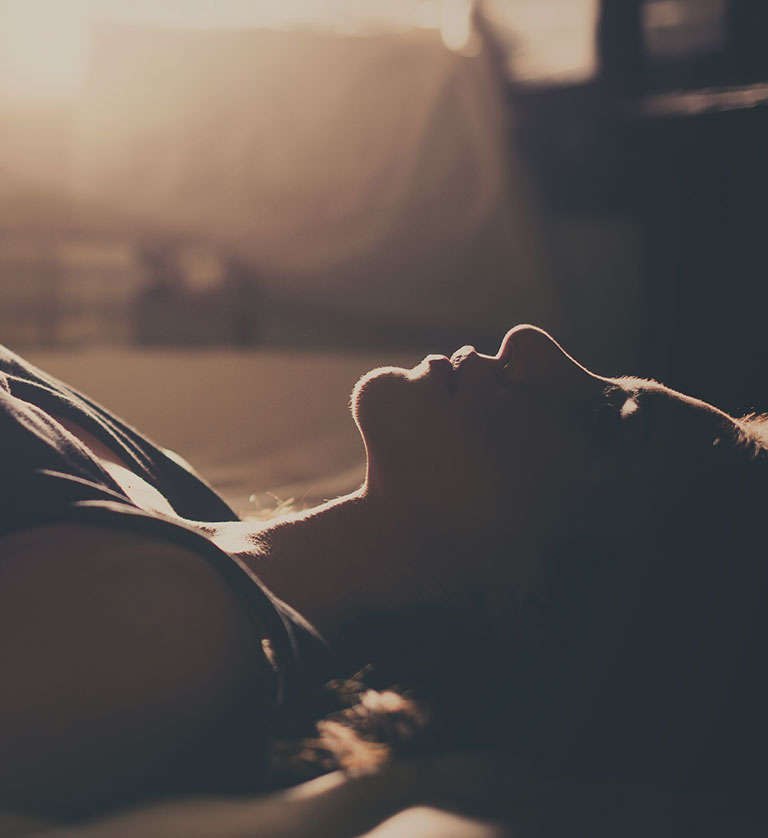